Medical cannabis as an alternative to opioids for veterans

Like many veterans, the rigors of military service took a toll on Air Force veteran and DAV life member Jarid Watson’s body. He’s not sure when exactly it happened—perhaps during physical training or while loading and unloading cargo planes as a member of the world-famous U.S. Air Force Thunderbirds—but at some point during his nearly 12 years in uniform, a bone growth on the ball joint of his hip tore his labrum and damaged much of the surrounding cartilage. DAV calls for more research into medical cannabis as an alternative pain relief option for veterans with chronic pain, PTSD and TBIs.

Like many veterans, the rigors of military service took a toll on Air Force veteran Jarid Watson’s body. He’s not sure when exactly it happened-perhaps during physical training or while loading and unloading cargo planes as a member of the world-famous U.S. Air Force Thunderbirds… continue reading While he was driving in western Anbar Province in Iraq in 2009, an RKG-3—a Russian-made anti-tank hand grenade—was hurled directly in front of his vehicle. Rasnick quickly slammed on the brakes. And while the maneuver likely saved his and other lives, it violently jostled his neck causing long-term damage… continue reading

Over the past two decades, the legal status of medical marijuana in many states has evolved to reflect the shifting attitude towards cannabis as a viable medicine.

Currently, 33 states and the District of Columbia have state-approved medical marijuana programs, as do Guam, Puerto Rico and the U.S. Virgin Islands. Two additional states have passed medical cannabis legislation that is expected to be fully implemented at a later date, while seven states permit cannabinol (CBD) oil—the non-psychoactive component in cannabis—for medical purposes only.

Visit the National Conference of State Legislatures to find which states have medical marijuana programs.

However, physicians face ethical and legal barriers when deciding to recommend medical marijuana for veterans—while it may be permitted where they live, it remains a federally prohibited drug.

What types of conditions can medical marijuana treat?

The FDA notes increasing interest in the use of cannabis to treat a variety of medical conditions, including glaucoma, cancer, multiple sclerosis, chemotherapy-induced nausea, and certain seizure disorders. Of the states that allow medical marijuana, chronic pain, traumatic brain injury and post-traumatic stress disorder are often qualifying medical ailments.

What are other possible benefits?

Advocates and researchers believe that legal access to medical cannabis could potentially alleviate the opioid addiction crisis that has been reported among veterans.

According to the Department of Veterans Affairs, an estimated 65% of veterans suffer from chronic pain and are twice as likely to die from an accidental prescription opioid overdose as non-veterans. As such, many veterans are looking for alternatives to highly addictive and potentially dangerous opioid medications—like medical marijuana.

According to USA Today, almost every VA facility has experienced a steady drop in its opioid prescription rates since 2012, with an overall decline of 41 percent. The VA is also continuing its efforts to promote safe prescribing practices and to address the broader opioid epidemic in the United States, which includes alternative therapies for its patients.

Are there efforts underway to legalize medical cannabis for veterans within VA?

VA scientists are able to conduct research on marijuana benefits and risks, and potential for abuse, under regulatory approval. Any questions related to research can be addressed to [email protected].

Several bills introduced in the 116th Congress, including the VA Medicinal Cannabis Research Act of 2018 (H.R. 5520), the Veterans Medical Marijuana Safe Harbor Act (S. 3409), and the Veterans Equal Access Act (H.R. 1647) sought reforms concerning medical marijuana for veterans. While these bills did not ultimately make it into law, new legislation is likely to be introduced in the 117th Congress.

What is DAV’s stance on medical cannabis for veterans?

DAV Resolution 023, passed by DAV members in 2018, calls for research into the medical efficacy of medical cannabis for treating conditions of service-disabled veterans. Additionally, as mentioned above, DAV has supported legislation which seeks to do this. This is an important issue for many disabled veterans and DAV members—and leadership believes it is critical to enhance the base of knowledge surrounding the potential benefits and risks.

Can veterans get medical marijuana through the VA?

Currently, VA doctors cannot provide or recommend medical marijuana for veterans as the federal status for cannabis remains a Schedule 1 substance, making the drug illegal in the federal government’s eyes. Because of this, veterans should never bring any type of marijuana into a VA facility, even when provided through a state-sanctioned medical marijuana program.

However, veterans participating in a state-sanctioned medical marijuana program will not be denied VA benefits, according to the Department of Veterans Affairs. VA providers are able to discuss cannabis use with veteran patients and adjust care and treatment plans as needed. Veterans are encouraged to discuss medical marijuana use with their VA providers as part of their confidential medical record.

However, anecdotal feedback from veterans shows that VA’s directives and actual patient experiences sometimes differ in cases where a prescribed medical marijuana user walks into a federal (VA) facility.

View VA’s full directive on medical marijuana here. If you have questions regarding this policy please contact [email protected].

Is it true that I could lose the right to buy or own firearms if I use medical cannabis?

Marijuana, despite medical and recreational legalization in some states, is still illegal under federal law.

According to the Bureau of Alcohol, Tobacco and Firearms, “Any person who uses or is addicted to marijuana, regardless of whether his or her state has passed legislation authorizing marijuana for medicinal purposes is an unlawful user of or addicted to a controlled substance and is prohibited by Federal law from possessing firearms or ammunition.”

Some states have remedial steps to restore 2nd Amendment rights for registered medical marijuana users. But it is important to remember that even in states where it is legal, the federal law still applies.

What resources are available to learn more? 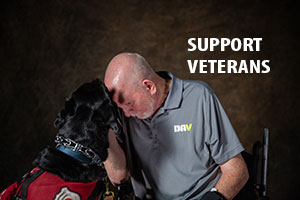 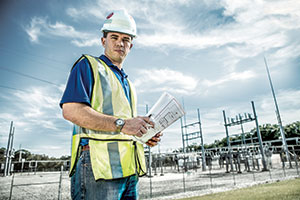