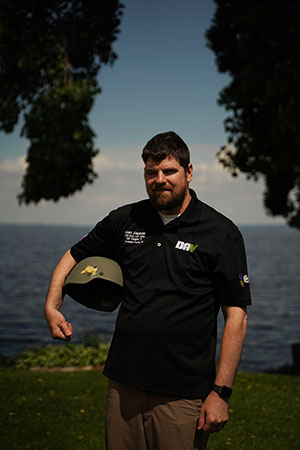 Army veteran Adam Alexander was on the phone with his superior officer when enemy bullets began to rain down on his remote firebase in Afghanistan.

The enemy had other plans.

Getting attacked was nothing new, but this was different both in size and intensity.

With enemy forces attempting to surround, storm and overrun the outpost, Alexander engaged targets with his M4 carbine. While he attempted to clear a mechanical jam of an automatic grenade launcher, a sniper bullet ripped through the center of his forehead before exiting the right side of his Kevlar helmet.

“One of the medics just kind of wrapped me up with bandages and gauze, kind of like a turban around my head as best they could,” said Alexander. “The firefight was so intense, they actually ordered the medevac [helicopter] not to land.”

But the pilot never received that directive—perhaps Alexander’s only stroke of luck that day—as the aircraft’s radio was mistakenly programmed. “I like to joke that it’s the first time that the incompetence of an officer ever saved somebody,” he said.

His quip today belies the violence he experienced more than 10 years ago. It was Nov. 10, 2011—a day before Veterans Day. He woke up six days later at Walter Reed National Military Medical Center, in Bethesda, Maryland.

Since then, Alexander has shown superhuman strength and resiliency. He’s DAV’s 2022 Disabled American Veteran of the Year—an award presented to veterans who, despite their wounds, have had a substantial impact in serving their brothers- and sisters-in-arms.

Alexander and Hert parted ways after serving together in the 432nd Civil Affairs Battalion, but a serendipitous encounter brought them back together. In a mass email about a local Veterans Treatment Court, Hert noticed a familiar name in the distribution.

“I almost fell over,” added Hert. “The guy lives in the same town as I do.” They met for coffee the next day.

Alexander credits Hert for bringing him into DAV, but he said the camaraderie of his fellow veterans is what attracts him to the organization.

“The military was done with me far sooner than I was done with it,” said Alexander, voicing a common sentiment among veterans who saw their careers unexpectedly cut short due to illness or injury.

Nowadays, Hert and Alexander—both DAV life members of Chapter 17 in Oshkosh, Wisconsin—have traded their uniforms for cameras and microphones. Together, they host “The Outpost,” a half-hour public-access television program launched in June 2021 that raises awareness about DAV and gives a platform for local veterans.

“I had been involved with cable access in the past for different things, and I knew how it worked. And DAV has such a great story,” said Hert. “When you look at first, this show gives a great opportunity for the local chapter to get its message out.”

“They devoted the episode to me and my work with the Montagnard tribes when I was over in Vietnam and that whole experience,” said DeMunk, assistant sergeant-at-arms for Chapter 17.

In addition to his show, Alexander has provided testimony to the Wisconsin State Legislature for a bill that would expand eligibility for property tax credits for other disabled veterans.

“He was one of the most impactful people testifying,” said Department of Wisconsin Adjutant Matt Kempainen. “He just has a presence about him that, when he talks, you lean in, and you want to hear what he has to say because he’s speaking from the heart.”

While Alexander can be seen on Oshkosh Media’s Life TV and YouTube, his recovery from the extreme traumatic brain injury was indeed a herculean task. There was extensive damage to his right frontal lobe—the section of the brain responsible for initiation—and the loss of his right eye. With an initiation deficit, Alexander had every intention of performing simple tasks but didn’t know where or how to start.

“They had to kind of teach me how to get myself going and make up for my shortcomings,” he said. “My short-term memory is just—excuse the pun but—shot.”

During his 10-month rehabilitation, he received nearly every type of therapy the Minneapolis VA Medical Center had to offer: physical, occupational, speech and recreational, in addition to addressing his mental health.

His mother, Mary Kay Alexander, was by his side for nearly all of his recovery. From being at Walter Reed for the entirety of his stay to driving between her home in Wisconsin and Minneapolis, she witnessed firsthand how resolute her son is.

“They would take him to the Mall of America and challenge him to get from point A to point B,” she said. “One of their therapy sessions, they went to Ikea, and he had to try to figure out how to buy a certain thing, how to navigate the store and operate within a budget, because he needed to relearn all of that.”

“Adam’s story is not one of struggle, but triumph,” said National Commander Andy Marshall. “His lights may have gone out across the world during a battle for his life, but they unquestionably came back. And now he’s putting them, and the cameras, into action.” 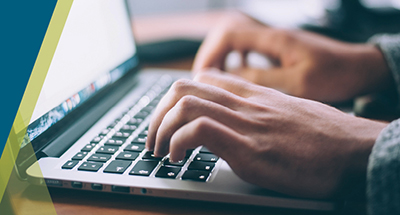