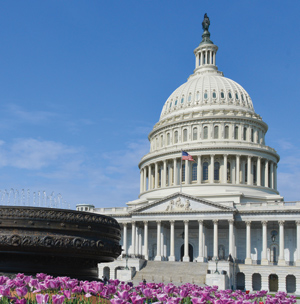 DAV is fighting for changes to the Dependency and Indemnity Compensation (DIC) benefit for veterans’ eligible survivors, encouraging lawmakers to update the current “10-year” rule. The current DIC benefit arbitrarily requires the veteran to have had a totally disabling service connected condition for 10 years before their death, if their death isn’t deemed service-connected by the VA.

“The financial status of surviving spouses, many of whom act as primary caregivers, can be limited for those who put their own potential earnings on hold to care for the veteran,” said Assistant National Legislative Director Jeremy Villanueva. “The requirement of 10 years seems illogical given the severity of many disabilities and the impact on veterans and their families.”

DAV is calling for the “10-year” rule to be reduced and updated to account for the length and severity of the veteran’s disabilities.

“The DIC program would be more equitable if survivors were eligible for a partial DIC benefit based on the number of years the veteran was rated 100 percent disabled by the VA,” said Villanueva.

Legislation was introduced in both the Senate (S. 1990, the Dependency and Indemnity Compensation Improvement Act) and the House (H.R. 4106, the Surviving Spouses Income Security Act) last year during the 115th Congress; however, neither made progress before they adjourned last December. So far, no legislation has been introduced in the 116th Congress that would rectify the inequity of the “10-year” rule.

“Many survivors were caregivers who sacrificed their own careers to take care of their veteran and could potentially be left destitute,” Villanueva said. “It’s time we ensure they have adequate support.”